'Stray' is one of the most unforgettable games of the year 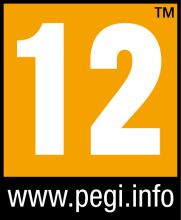 Every so often, a game comes along that is so utterly original and inventive you have to sit up and take notice, and 'Stray' is one of those games that pushes gaming forward as an art form.

Ever since it was announced at the PS5 reveal conference in June 2020, a sizeable internet community has rallied around 'Stray', or as it's better known, "that game with a cat".

For those with a PlayStation 5, 'Stray' is the one game that needs to be in your collection.

The game has a wonderfully odd yet arresting premise - you take control of a cat in an empty city where you seemingly only have robots for company.

You are accompanied by a flying drone by the name of B-12, who is your only companion as you navigate this strange and off-beat world.

Players are tasked with navigating an abandoned city populated only by robots, and you must get to the bottom of the mystery.

'Stray' is by and large a platformer, and exploration is key to unlocking the secrets of the game.

There are themes of existentialism, identity, loneliness, and censorship, and it all stems from a game where one of the buttons is dedicated to letting you meow on demand.

The maxim "less is more" is in full effect here, and this wonderfully simple premise for a game has led to one of the year's most extraordinary games.

Every so often, a game comes along that is so utterly original and inventive you have to sit up and take notice, and 'Stray' is one of those games that pushes gaming forward as an art form.

At the core of the game is an orange cat (that we've christened "Cats Domino") who is separated from a clowder of cats at the start of the game.

Even in the first few minutes of the game, there is a serene beauty to the world of 'Stray', an implication that something has gone terribly wrong.

The environmental storytelling, pioneered by 'The Last Of Us', is in full effect here, and the world of 'Stray' looks as striking and vivid as any triple-AAA title you care to name.

Our hero is separated from their gang of cats, and finds themselves in a strange city devoid of humans, but is populated with robots - both good and evil.

'Stray' manages to top what the 'Horizon' games do with a massive Sony-backed budget; it manages to convey a world where nature and machinery exist side by side.

'Stray' cultivates the same serene atmosphere as the opening half of 'Wall-E', and the beauty of the game is the chance to just sit and drink it all in.

The dingy neon-lit back alleys are rich, dense, and just begging to be explored.

You can progress at your own pace, finding secrets and collectibles that flesh out the world, or you can power through to the end of the story.

There is a trophy for finishing the game in under 2 hours if you are so inclined, but you'll want to savour the world of 'Stray'.

The game takes about 8 hours to beat, and if the game has any complaints, you'll only be able to be surprised once.

For that reason, 'Stray' is a game to savour and not devour.

With such a heavy emphasis on environmental storytelling, you will become sucked into the world of the game, and the game will keep you guessing the entire time.

The level of detail is almost Valve-esque, and any game where you can take a breather to fill in the gaps is a welcome change of pace.

The world of 'Stray' creates a strange atmosphere where you're never entirely sure why the humans have been replaced by robots, and that alone is a good hook to get players on board.

90% of 'Stray' is spent pottering around the strange game world, but the game kicks into high gear when you have to flee from Zurks.

Zurks are bad news, and you are given little in the way of recourse when it comes to seeing them off.

You'll need to have your wits about you to see off the Zurks, and indeed their presence underpins just how vulnerable you are.

What 'Stray' does better than perhaps any game in recent memory is sound design.

The majority of the game is spent scuttling across surfaces, and the cat claws reacting to different surfaces is such a small and subtle design choice that helps sell the "you are a cat" concept.

The game's score is also wonderfully evocative, helping sell that you are something tiny in a bigger world.

Games like 'Battlefield' make a big deal of making their games sound as bombastic and Hollywood-like as possible, but 'Stray' is a masterclass in restraint.

There is no reason we can think of for the developers of 'Stray' choosing to make our protagonist a cat, and yet within the first 5 minutes, it feels like an incredibly natural decision.

The amount of creative ingenuity on display in this game is nothing short of spectacular, and the team at BlueTwelve Studio have created a gaming experience unlike anything you will play this year.

If there is any justice, the French-based developers will very soon be rocketed into the upper tiers of gaming.

There is a Studio Ghibli quality to 'Stray', where every single element feels like it was handmade.

The simplicity of 'Stray' is its greatest strength.

In an industry dominated by triple-AAA developers trying to shoehorn in loot box mechanics into games or sinking time and resources into live service games with no soul, it is up to games like 'Stray' to remind us why we play games to begin with.

'Stray' is an instant contender for game of the year, and you should run and not walk to your nearest gaming console to download it.