'The Quarry' is a bloody good time 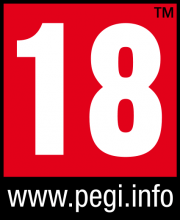 If you've ever watched a Freddy Krueger or Jason movie and shouted "no, don't do that!" at the stupid teenagers, 'The Quarry' is the game for you.

'The Quarry' is the latest game from the developers of 'Until Dawn', and players are in control of an ensemble of teenagers who must survive the night at a summer camp.

A major strength of 'The Quarry' is the well-written characters, as is Supermassive Games' tradition.

Thanks to the leaps in motion capture technology since the release of 'Until Dawn' - and a who's who of veteran horror actors like David Arquette and the fabulous Lin Shaye - 'The Quarry' is your own personal horror movie.

And we bloody love it.

The graphics in 'The Quarry' are simply astounding, and if you've recently invested in a next-gen console and a new 4K TV, there is probably no better game to test your new tech out with.

The motion capture technology and facial expressions on the actors are movie quality, and it really helps sell the interactive movie element of the game.

Of course, a game needs more than good graphics to get a recommendation from us, but 'The Quarry' has substance to back up the style.

At this stage, people are familiar with the 'Until Dawn' formula - teens are gathered in a remote location for sexy hijinks when something ancient and evil is awakened from within the woods.

'Until Dawn' was a huge hit for PlayStation 4, so if you've played that game you'll know what to expect here.

'The Quarry' manages to keep you on your toes however with some really well-deployed scares, the strong cast of characters, and of course, plenty of gore to go around.

The big innovation with 'The Quarry' is the option to pre-select how the characters will react and if everyone lives or if everyone dies, putting players in charge of their own horror film.

It's a genuinely brilliant little mechanic and we wouldn't be surprised if more developers ran with the idea going forward.

Programming all the characters to make the smart decision means you can make a horror movie where the characters make the right choices, or make them incredibly dim and stupid, leading to hilariously bloody results.

Players can also pass the controller from friend to friend, so you and your mates can influence the outcome of the story, which makes 'The Quarry' a perfect game to play on a Friday night with some pizza.

There are 10 chapters in the game, and the game has good pacing which allows us to get to know the characters and figure out their relationships, which that is a crucial factor in any piece of horror.

The final chapters ramp up the insanity, and when the stakes are clearly established, it makes the ending of 'The Quarry' that much more tense.

The typical Supermassive Games character pacing is still present, meaning that your characters walk with all the pace and urgency of someone coming off major dental anesthesia, but they pick up the pace during the games QTEs.

QTEs are a divisive gameplay mechanic among players, with some arguing it adds agency to the players actions, and others arguing it reduces the game to a PowerPoint presentation.

'The Quarry' is confident enough to make QTEs a major part of gameplay, but in certain sequences players use a third-person over the shoulder style camera for shooting sections.

It is easy to keep going back to 'Until Dawn' as a comparison point, but 'The Quarry' stands alone as its own beast, and it's a mighty fun one at that.

The story does veer into the "is it supernatural or is it a human causing the trouble" trope a few times too many, but by and large, the game has confidence in what story it wants to tell.

Player choice does have a pretty substantial impact on the game, but there are a few times when the players choices are over-ridden because it is obvious the writers have a pre-determined path in mind.

While it isn't quite as annoying as when 'The Walking Dead' did it, this is a bit of a shame you can't fully warp the story to your own whims, but giving each and every player a wholly unique story in a game of this size is the stuff processors have nightmares about.

The game is by and large reactive to your choices, and you will have to play the game more than once to get the most out of it, which reflects good design.

You become so attached to the characters you'll want to go back again and do things differently, be it making them act like assholes to each other or making them completely air-headed and stupid.

All told, 'The Quarry' is a rollocking good time with some truly fantastic graphics, a fun story, and most important for a horror game, spooky.

The horror is more at the level of a campfire story being told to you by someone with a few drinks in them, but it can still be spooky when it needs to be.

'The Evil Dead' is even shouted out in dialogue, and the POV shots of something watching the player is unsettling, as well as the "blink and you'll miss it" appearances from something evil.

The horror ramps up gradually, and we're thanking our lucky stars the game fully leans into the pastiches and tropes of 80s horror instead of the recent "elevated horror" trend.

Camp counselors go skinny dipping despite being told not to, a young couple run into a spooky cop on the road who tells them to stay off the beaten path, there's some romance, and people get their limbs ripped off in gory ways.

'The Quarry wears its horror influences on its sleeve, and we wouldn't have it any other way.

Now if you'll excuse us, we're going to investigate a spooky noise in the woods..