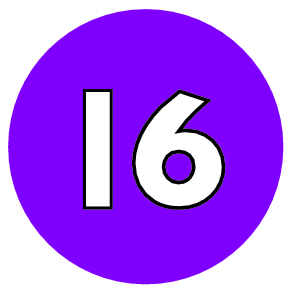 Tom Hooper has now become the go-to director for Oscar season. Les Miserables, The King's Speech and now The Danish Girl, a film that's so clearly aiming for an Oscar that it feels cynical.

Eddie Redmayne plays Einar, a Danish artist who is struggling both as a painter and under the weight that he believes he was born a woman in a man's body. His wife, Gerde, played by Alicia Vikander, initially views his plight with a measure of acceptance before she eventually comes full circle and actively helps him to transition into a woman. The story is partially based on the real-life Einar, who transitioned to become Lili Elbe, a socialite in the Parisian art world and a source of inspiration for the real-life Gerde Wegener.

As we know, Redmayne won himself an Oscar for playing Stephen Hawking in last year's Theory of Everything and, again, anyone who saw that film will know that it was Redmayne giving a five-star performance in a very humdrum three-star film. It's more of the same here, essentially. Redmayne gives a nuanced performance as someone who is completely ill at ease with their own skin and desperately trying to change, but the real star is Alicia Vikander who gives real life, heart and warmth to a film that's surprisingly clinical in how it goes about telling the story.

Full of wit and humour, Vikander's Gerde is the real hero of the story for standing by her husband in what was truly a groundbreaking period in both their lives and that of other transgender people. A supporting cast of Amber Heard, Ben Whishaw and Matthias Schoenaerts are under-utilised, especially a subplot involving Ben Whishaw that's jettisoned as soon as it becomes inconvenient and slows down the pace of the story.Where the film falters, however, is in how it handles the subject matter and the story itself. Tom Hooper isn't known for being subtle in his storytelling choices and, for the most part, The Danish Girl is just that - unsubtle and lacking in any kind of depth to it. There's no real examination given to why Redmayne's character feels the way they do, it just is.

Moreover, the bigotry that they feel is addressed in a handful of scenes; one involving the typical street harassment and another involving medical practitioners reciting the prevailing opinion of their time on the matter.While it's true, the film isn't necessarily about that fact and more about the character changing into its realest self, it still feels like it's an area that's examined less and simply given a nod in the general direction.

The Danish Girl, for the most part, is a fine Oscar-bait drama. It does feel like it's earnestly trying to win out in one or all of the categories, but it never feels like it's giving you an honest story, just a story that will win with Oscar voters instead.