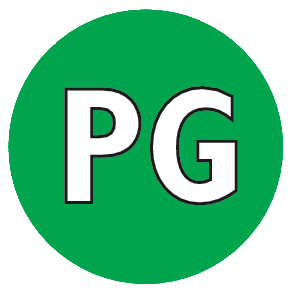 1887 and Muslim clerk Abdul (Fazal) is chosen to travel to England and present Queen Victoria (Dench) with a ceremonial coin as part of her jubilee celebrations. Warned to not even look at the Empress, Abdul does in fact lock eyes with the dour queen who is immediately taken with the handsome Indian. A tentative friendship forms with the curious Victoria employing Abdul as a teacher of Urdu and the Koran. But while Victoria finds a new lease of life through Abdul's stories her staff, led by Prince Albert (Izzard), become increasingly concerned about the influence this Indian 'servant' has over their monarch and moves to divide them…

Judi Dench can do the grouchy, snappy monarch role in her sleep and was in a very similar positon when her Queen Victoria was enchanted by Billy Connolly in Mrs. Brown. Her Victoria here is so bored with life she doesn't even greet her guests at a grand dinner before wolfing down her starter, and seems unconcerned that soup rests on her chin. But it's when she softens and opens up to her new friend (promoted from footman to teacher at her behest) that Dench delivers a different take on the queen; this Victoria is a sensitive, lonely, lost soul and it's captivating performance. She's backed up by Izzard who has fun with the too-often-humiliated prince. Gambon meanwhile is underused as PM Lord Salisbury. Ali Fazal does what he can to make Abdul a pleasant cove but his character is underwritten, a problem that creeps into the rest of the film.

It's never clear what Abdul wants, the depth of his feelings for Victoria (or his wife for that matter), or the pain he feels for her when her staff rebel against her. He doesn't do anything to help. This is a film about a friendship that blossoms despite the odds and we’re told that the bond was a strong one, bordering on mutual attraction (Victoria is ruffled when she learns that Abdul has a wife in India), but there's little the two share beyond curiosity for their respective cultures. If only director Stephen Frears opted to keep the (one-sided) sexual tension going the first half would have more to do than moving location from Buckingham to Balmoral to the Isle of Wight does little to inject the proceedings with momentum. It's only when Albert rounds up his mother's staff to threaten her with resignation if Abdul isn't packed off back to the colonies post haste that events begin to sizzle.

In adapting Shrabani Basu's novel, Lee Hall's (Billy Elliot, War Horse) script does what it can do inject some contemporary politics into the mix. In particular the West’s current attitude towards Islam. The film implores those "standing still and looking backwards" to be more open to different cultures: if the British are reluctant to see them anything more than 'savages', then Abdul's friend (Adeel Aktar) is equally adamant that the British will forever be his country's oppressors until they do something about it.