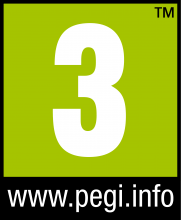 Formula 1 is a sport that is perhaps best suited for video games, and 'F1 22' is the closest any of us will ever get to racing at Silverstone.

Codemasters are veterans of the racing game genre, with their heritage stretching all the way back to the 'Colin McRae' games back in the 90s, and they are to the racing game what Martin Scorsese is to the crime film.

When you see the Codemasters logo before booting up a game you know you're in good hands, and 'F1 22' is no exception.

'F1 21' was the first game released under the EA banner, and while that game was by and large complete by the time EA entered the equation, 'F1 22' is the first game where the influence of EA is readily apparent.

This usually has a negative effect on a game, but with this year's entry, EA appear to have enough trust and respect for the work of Codemasters to let the game shine on it's own merits, with a bit more money and resources to play with.

'F1 22' has the usual EA sheen, and yes, microtransactions attached, and while they didn't rear their head in the review copy like with 'Gran Turismo 7', we hope this doesn't affect the average consumer when they get their hands on the game.

As far as we can tell, the game allows players to progress well enough without throwing up an arbitrary barrier to progress ala 'Diablo Immortal' and players can unlock new items by simply progressing through the game.

Players now have the chance to race around the Miami International Aerodome, and the Spanish, Australian and Abu Dhabi circuits have been tweaked to make them more accurately reflect the real tracks drivers have to face.

Sprint Races have also been added to the game, which reflects them being added to the sport last year, and they're just as thrilling on the virtual track as the real one.

For players who want the warts and all experience, pit stop errors are now available, meaning that players can now blame the pit crew for finishing half a second behind the winner, just like in real life.

The simulation mode is no joke, and is as probably as difficult as operating a real-life Formula One car you'll ever get.

Going from the lower, more "gamey" difficulty levels to the full-fledged simulation mode is like going from learning chords on the acoustic guitar to playing a Megadeth solo on a 12-string guitar.

On the lower difficulty levels, players can play with plentiful assistance that will automatically slow down at corners for you, manage the gear navigations and automatically balance the car, and if you haven't played the games in a while or are new to the series, we'd recommend playing on those difficulties first until you get used to it.

While you can go incredibly, ludicrously fast, don't expect arcade action while on the track.

The game can and will punish you for showboating, cutting corners and acting like a general jackass towards fellow drivers, but fans of the sport will know this.

To facilitate players who simply want to look at the gorgeous cars and still have some fun, the game has some more arcade elements.

Players can zip around tracks and are tasked with maintaining a high speed in a fleet of luxury super cars.

The majority of the game is dedicated to Formula One racing with all the rules that come with it (don't expect to zip around the track like a 'Burnout' game!) so these more arcade-friendly modes are there to facilitate players who want to just enjoy the cars.

With that said, the game falls down in one major area; there is a lack of tutorials to explain the different elements.

Granted, people who pick up a game based on Formula One know the score and how the cars work, but for a game that prides itself on being the ultimate Formula One experience and looking to possibly convert fans, it doesn't do a very good job of explaining the different mechanics and elements.

The HUD has plenty of indicators, but someone without a knowledge of the sport wouldn't know what they mean necessarily.

In other EA sports games such as the 'FIFA' and 'Madden' games, there is a decent effort to introduce new players to the mechanics, but 'F1 22' assumes players are already on board.

This aside, and assuming you're a series veteran, it still hasn't fixed a fairly major problem; you cannot switch the camera modes mid-race.

Instead of pretty much every racing game released in the last 20 years, you can't hit a button to change the view of your car, you have to pause the race and change it in the menu.

For a game that prides itself on exciting moments, breaking up the action mid-race so you can fiddle about with the camera settings is an absolute immersion killer.

It's a shame that the game gets 95% of the details right and falls down on something as basic as the camera.

Another fairly substantial niggle comes in the game's career mode, and it has the same EA illusion of choice of giving players the chance to choose different dialogue options, and it doesn't have a major, if any, effect on gameplay.

Once again, the game gives you a sliver of choice insofar as choosing what tires you use, making sure your co-driver gets enough support or making the right financial decisions, but these choices aren't as impactful as the game would have you believe.

In spite of these fairly major flaws, the moment-to-moment gameplay is exhilarating, and when 'F1 22' is good, there is no better pure racing experience on the market.

Other games like the 'Forza' series or 'Gran Turismo' offer very specific versions of racing fun, but 'F1 22' is more distilled.

The trails and tribulations with Formula 1 are perfectly captured here, and Codemasters are the best developers working today that are able to replicate the heat of the moment associated with making cars go really fast.

Codemasters joining the EA camp would be cause for concern considering how so many other developers joined the team only to get swallowed up, but Codemasters' quality and experience with racing games shines through here.

Overall, the game is a treat for fans of Formula 1, and is the next best thing to shelling out for lessons and dedicating years of practice to get behind the wheel.